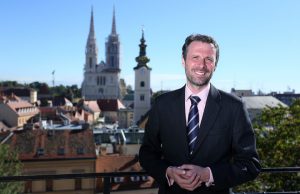 The UK’s relationship with the European Union has always been interesting and complex. Last June’s referendum on the UK’s membership of the EU didn’t come out of the blue – it was the product of a range of long-term discussions about how the UK and the EU function together. Understanding the history, the constitutional challenges (what does Parliamentary Sovereignty really mean to the Brits?) and the dynamics of some of the key bilateral relationships with other EU members, can provide useful context to the debate that takes us a little further in understanding the context of the referendum than the newspaper headlines do.

The lecture will attempt to uncover some of the historical reasons that inform the way Brits look at their own institutions of power and therefore inform the views they might have about supra-national institutions of power (like the European Commission or the European Parliament). It will look at the story behind Britain’s accession to the EU (40 years ago), the constitutional and political debates that were stimulated as the nature of EU membership evolved compared to the ‘Common Market’ that the UK had joined in the 1970s. And the combination of pressures that led to the commitment to a referendum on membership, the outcome of which we all know

The lecture will be held on 13. December 2016 in the premises of the Congress Centre Forum Zagreb as part of the Green Gold Centre (Radnička 50, Zagreb) starting at 18:00 o’clock, and up to date information is available on our Facebook page.

For members of the Association of MBA Croatia admission is free, while the non-members ticket price is 50.00 kn and it can be purchased through Entrio.